City Council recently approved the Master Plans for Cauley Creek Park. A robust 195 Acres along the Chattahoochee River, will have plenty of active & passive recreation.

It is estimated to cost $27million to build out the entire park and will take several years. The City Council agreed to build out in phases with $10million allocated from the park bond. 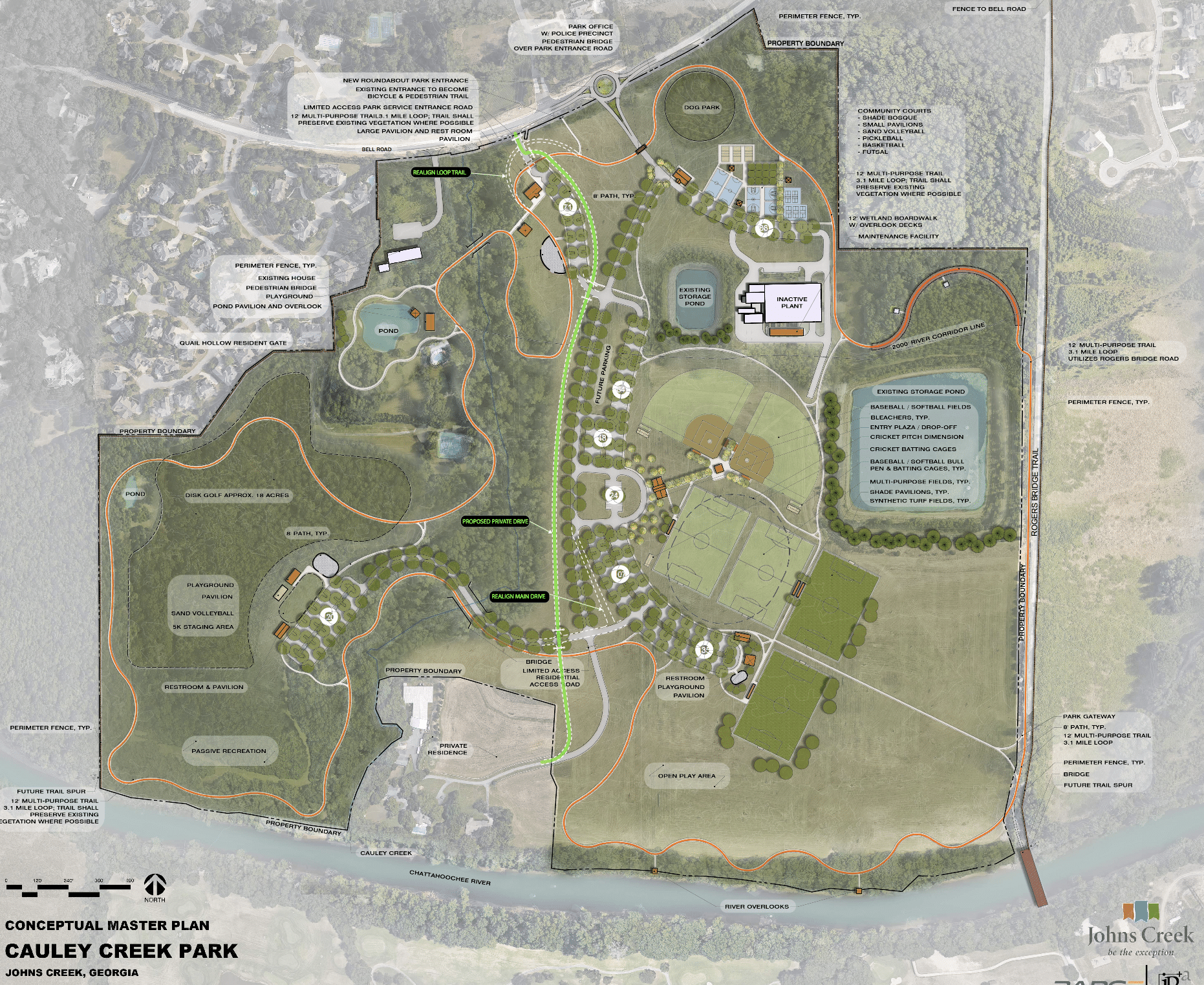 Below is the top part of the property. Another roundabout for Bell Road is proposed. It is squeezed in very close to the Homestead Subdivision and private residence, rather than incorporating it into City's land.

A park office, Police precinct, Dog Park & Community Courts are to be located in this area.

A wetland study has not been conducted, according to the Recreation Board meeting minutes.

The Quail Hollow area of the park will be primarily passive recreation with trails, pond, and playground.

A pool & tennis courts are already constructed and were included in the purchase, though they are not mentioned in the plans.

Here is an image of the beautiful pond and surrounding pastoral fields.

Much of the focus on this park has been about the Multi-Use Fields.

The original park design was deemed overdeveloped and considered "Inappropriate" by area residents. We posted several letters to the editor on the topic, here and here. It consisted of 6 Large fields and 6 smaller fields and was marketed by some as a "Tournament Facility". Here is a rendering of the original design. 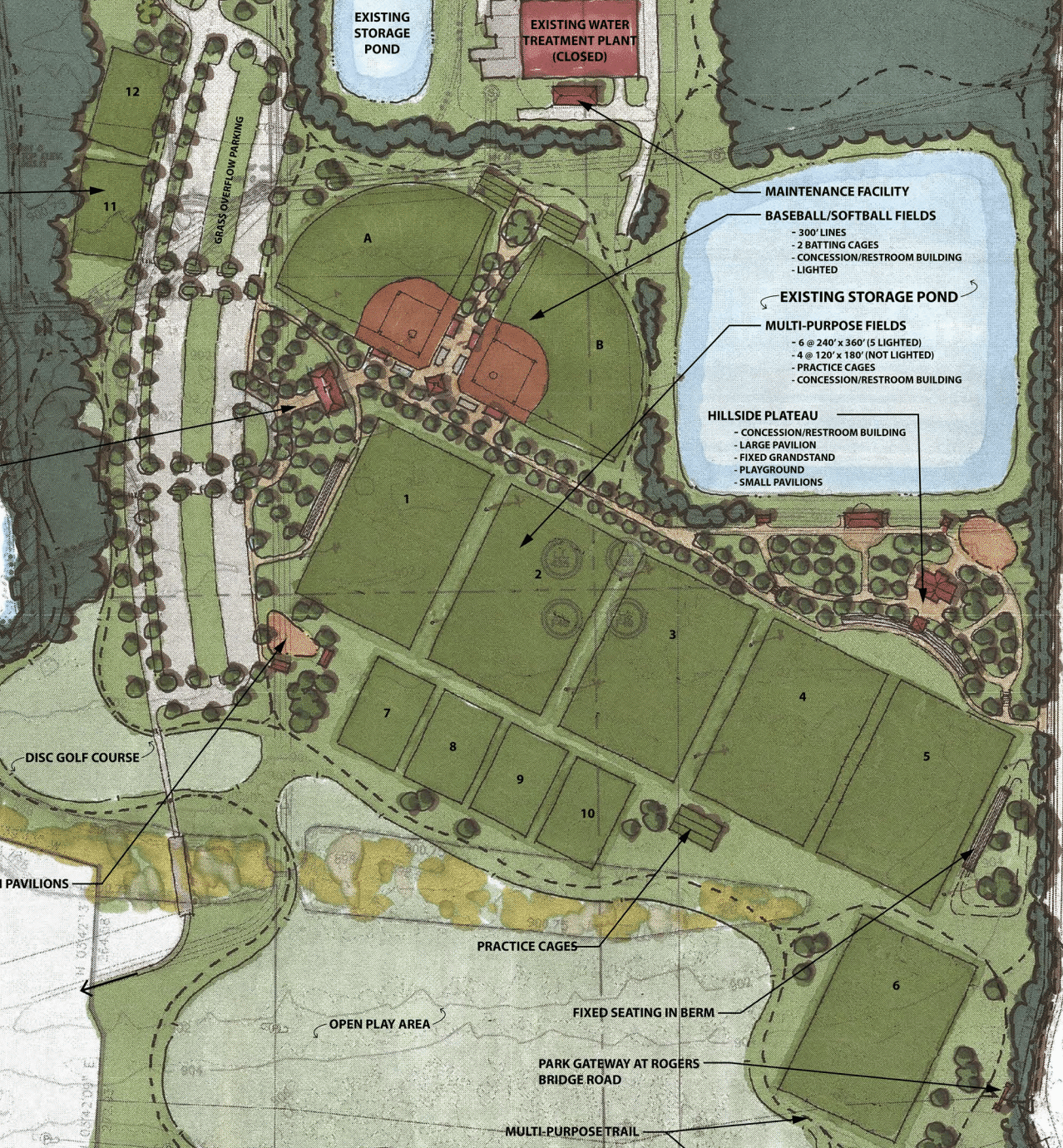 Former Post 3 Candidate, Vicki Horton attended her First City Council meeting as a concerned resident. She spoke out about the matter, along with dozens of other homeowners. Likewise, Traffic, congestion, noise, night lighting, loss of native habitat & species were the top issues.

Environmental concerns were also an issue and the Atlanta Audubon Society wrote a letter to City Council, requesting they reject that plan. Under public pressure, the following meeting, City Council removed the Cauley Creek park design from the Agenda.

In conclusion, the City Council decided to go back to the drawing board. Below are the approved plans, with 4 Muli-Use Fields. 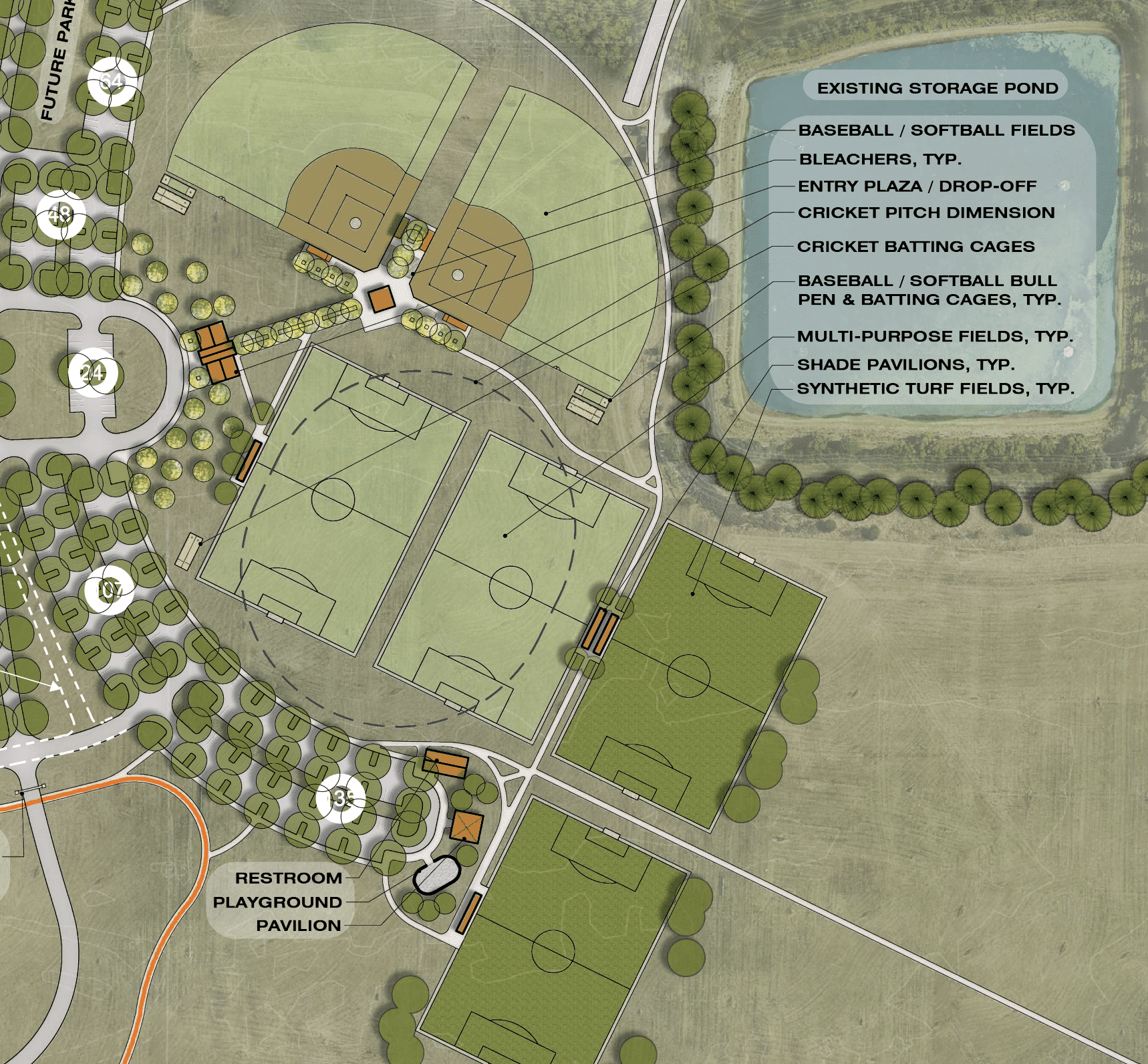 Lastly, we will keep you updated about the construction and plans as they develop.