“Whatever the election date, I’ll be ready. Since my campaign in 2015 and brief term on council last year, I’ve been continuously working on the issues that face our community.

We need someone on Council with fiscal responsibility, government efficiency, and resolving traffic congestion as top priorities,” said Coughlin.

“During my term and campaign, we successfully pushed for the allocation of the massively accrued surplus to parks and capital infrastructure and raised the issue of over-taxation. I attempted to address tax reform and better representation of our citizens through Charter reviews, but these were not high priorities of the Council during that time.

After hearing the concerns of residents, I voted against high-density development (unfortunately, this was later supported after my council term and subsequently approved).

Basically, bringing the priorities and voice of the community to the discussion will result in greater success for the community. The need for municipal efficiency and fiscal responsibility is at an even greater need today as the city stands to rake in over $130 million in new tax revenue coupled with approximately $40 million in debt. We must ensure that this money is properly appropriated and used efficiently.

Coughlin resides in Johns Creek, along with his wife Nicole, four-year-old son, and one-year-old daughter. “Like I said last time, I chose Johns Creek for the safety, family friendliness, great schools, and diverse culture, but they’re at risk if we don’t address government spending, traffic congestion, and overdevelopment. I showed in the past that I can do things more efficiently using data, math, citizen input, technology, etc. by running a campaign on three thousand dollars while others spent over 50 thousand dollars while espousing fiscal conservative ideals. The irony! It’s time to apply that mindset to the government.” 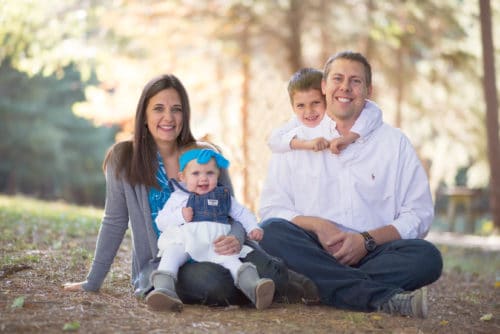 For further information and current updates on Coughlin’s campaign visit www.votechriscoughlin.com and www.facebook.com/chriscoughlinjohnscreek. You can also email him with your ideas and suggestions at [email protected].