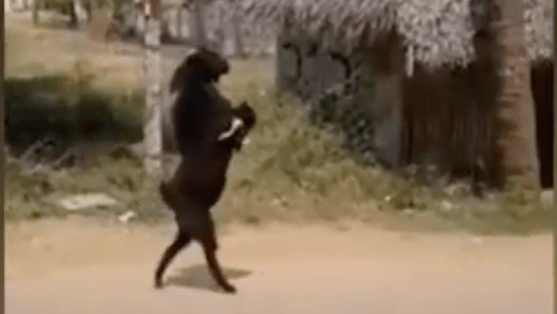 A goat in India stunned villagers after strutting through town on its hind legs in a scene straight out of “Animal Farm.”

In a 24-second clip posted by Triangle News, the bodacious billy can be seen walking upright for a whopping 10 meters — about 33 feet — in front of astonished onlookers in Telwara, Bihar. His biped balancing act reportedly has attracted throngs of gawkers from neighboring villages who are eager to witness the species-defying spectacle.

Alas, Indian goats haven’t evolved to walk on two legs. This real-life Pan was reportedly coached by locals until he was able to parrot their posture and follow them around.

He isn’t the only goat to master two-legged locomotion. A paralyzed animal in Begusarai, India, became a local celebrity after learning to stand on just two of its own feet. Meanwhile, a Chinese goat born without hind legs miraculously overcame the odds after learning to walk — and even run — using just its front hooves. 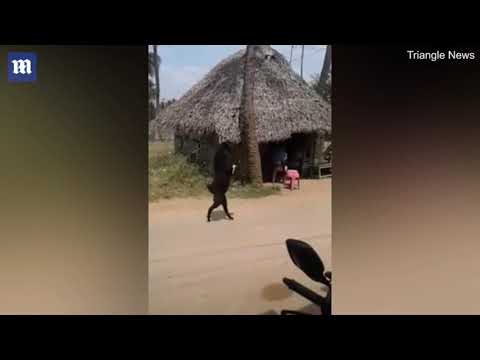