Johns Creek City Charter is Violated (Are We Going To Standby?) 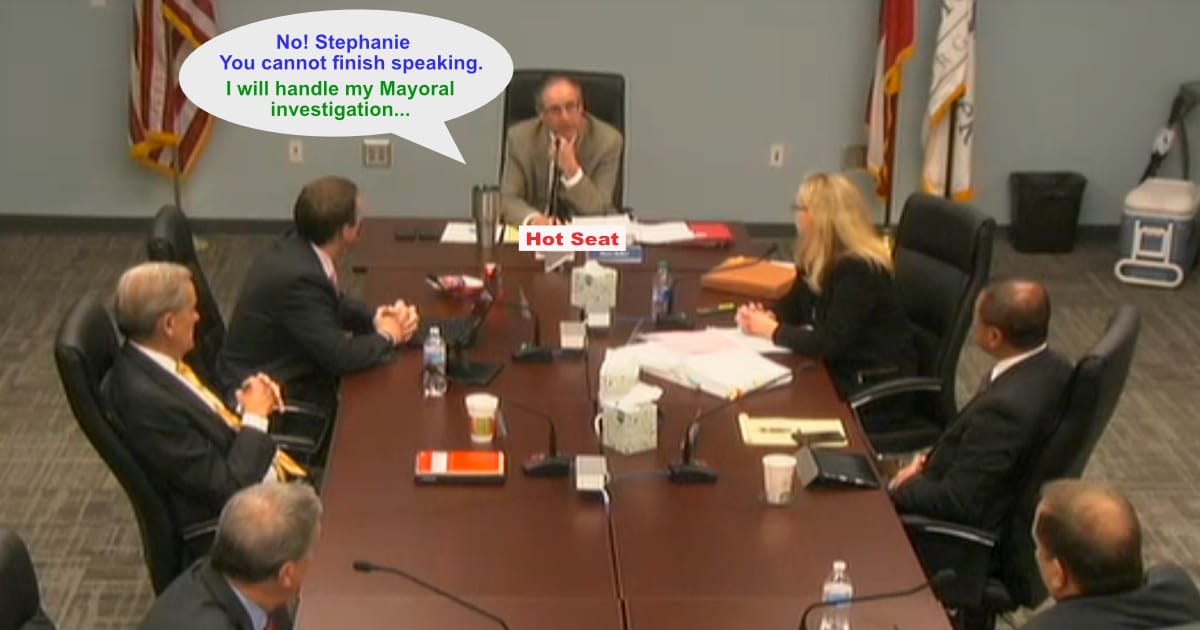 There is a small but growing group of residents like myself, in the Johns Creek City who have been working to hold our government accountable. We do not look the other way. We insist that our Charter be followed and not circumvented for the convenience of the Mayor or any other elected officials. There are also those – that allow the City to do what it wants without push-back or questioning. The rules need to be followed otherwise they will be exploited by one or more individuals.

What follows below is the result of residents such as myself that are not afraid to hold our government to a higher standard. A standard that should be the starting point and not the Exception.

A Bit of Background

Why Were Craig Kidd’s Records Requested In The First Place?

In the fall of 2015, I worked on campaigns for Coughlin and Endres. While I was Wilson Road Elementary School, waving signs with Mark Endres for these candidates, someone drove past and gave us the finger. All the other voters who we waved to were friendly and polite. Not this one.

“Craig Kidd”, Endres replied. He is a leader in the Republican Party.

“No wonder I am not a Republican”, I responded.

Four years later and Kidd is the Mayor’s assistant.  For several years, there had been many rumors about what Mr. Kidd was doing in local politics. To summarize it briefly, candidates that could not be considered conservative in the least were being recruited by Kidd (A member of Republican Leadership in Fulton County) to seek office against candidates for City Council that were undeniably conservative, especially on fiscal matters.

Why would Republican leadership be recruiting candidates that were liberal? Rationally that makes no sense to someone like me, who is principled in their beliefs.

Johns Creek is small and rumors travel fast. Rumors that opponents of candidates Endres and Bradberry and Coughlin from years past were being coached by Bodker and Kidd were frequent. And as we know those candidates lost.

Time To Prove Or Dismiss The Rumors

In the spring of 2019, several things happened that heightened the awareness of what was going on to those residents that wanted to hold our government accountable.

The pursuit of Gateway Markers by the Convention and Visitor’s Bureau, led by Lynda Smith, contained threats that were not so veiled against Coughlin, who dared to challenge the return on investment. Coughlin was told that there would be candidates in the fall to run against him because he was not supporting the CVB.

Endres was also at the same time catching hell for daring to report to Council what she had heard at CVB meetings.

There were rumors that the Mayor and Kidd were working to turn Johns Creek “blue” after McBath and Kausche both won in 2018.

Most of us call it an FOIA request (Freedom of Information Act). But for local governments, it is a GORA (Georgia Open Records Act). In order to get to the truth as to whether candidates were being recruited by Kidd and Bodker to run against duly elected candidates (Chris Coughlin), the activities of Kidd would need to be reviewed.

As you can see, the only materials requested were from City devices. The search was limited to the issues stated above. This was not a wild goose chase but a specific and narrow search.

Within five minutes of reviewing the information I had picked up from City Hall, it became very clear that the rumors were not just rumors but facts. These are not alleged, made up, contrived or fake news. The information was pulled by City Officials who are required by State Law to do just that.

Reviewing the results from a request under the Georgia Open Records Act I filed with the City of Johns Creek, it became obvious that resources (staff and equipment) were being used to engage in political activities that should have been done outside of the office and not using City equipment (cell phones, computers, etc).

What Is The City Charter?

The Johns Creek City Charter is similar to the US Constitution. It is a framework for the rules under which our City operates and what is allowed and not allowed. Elected officials swear an oath that they will faithfully execute the City Charter of Johns Creek.

What Does The City Charter Say About This Behavior?

Section 2.15 of the City Charter Section C states the following:

No elected official, appointed officer, or employee of the city or any agency or entity to which this Charter applies shall use property owned by such governmental entity for personal benefit, convenience, or profit, except in accordance with policies promulgated by the city council or the governing body of such agency or entity.

The replacement of Council Member Chris Coughlin from the Johns Creek City Council would have made it much easier for the Mayor to proceed with his agendas.

In the text messages using City issued cellphones and during normal business hours, we see a conversation that describes the Mayor’s frustration with the lack of development desire.

Next, we see the assistant discuss contacting the aide of Angelika Kausche (D-50), our state representative. Rumors were circulating around Johns Creek that the Major and his assistant wanted to turn Johns Creek blue. These text messages confirm that there indeed was a strategy to do this.

We also see that the Mayor confirms that he has also contacted Kausche on the same topic and the answer from folks is no way.

It also makes it clear that the Mayor and the assistant were reaching out to other constituencies in an effort to field opponents for Council Member Chris Coughlin, who was going to run for re-election to the Johns Creek City Council. We also know that they were successful as Coughlin had three opponents during the race. Two of the opponents were both connected to the constituencies mentioned in the text messages above and spent more than $100 thousand dollars in this effort.

What Needs to Happen Next?

When a resident wins an election to the City Council they take an Oath to uphold three very important documents. Here are a few portions of that Oath:

I will truthfully, honestly and faithfully discharge the duties of my office.

The second line I have included above is also critically important. To me, this line means that you will do what is right, and not just what is in your own best interest.

The issue was taken up at the last City Council work session on December 9th, 2019. And it seems that this Council up to this point is delegated their responsibility to resolve this issue to the City Manager and an independent investigator.

City Property was used to achieve specific objectives that would benefit the Mayor for personal benefit and convenience. The Mayor directs the Assistant that he needs multiple constituencies to align. The Assistant responds that he has told them he needs more than one candidate.

We know this to be true as Council Member Chris Coughlin had candidates from the constituencies mentioned. We know that these constituencies did try to align to defeat Coughlin, although they failed.

And unless there is a policy that has been approved that states City Resources can be used for campaign purposes, recruitment of candidates, and for the personal benefit and convenience of the Mayor and his assistant, then the Charter has been clearly violated.

What they did vote for are the seven bodies that serve as the Johns Creek City Council. And like it or not they have a job that they have sworn an oath to perform.

What Is Their Duty?

Section 2.16 of the City Charter states the following:

Can This Behavior Be Defended?

Would the Mayor argue that he does not know the Charter? He shouldn’t. Otherwise, that would then confirm incompetence. Another reason to be removed from office according to the City Charter.

Could the Mayor have his assistant do whatever he desires? No. The assistant is a City employee and is also bound by the City Charter.

For an individual in the Fulton County Republican machine to be recruiting Democrats to run for City Council? That’s up to those that call themselves Republicans. That’s one of the reasons many of us are no longer republicans. We will see if they police themselves or not.

The assistant to the Mayor reports directly and only to the Mayor. Who should have been making sure that this was not happening as a function of their daily job, rather than giving the guidance to pursue the objectives we saw stated above? Only one person: Mayor Bodker.

Where Does That Leave Us?

It is past time to lead by example and address what we know has been going on and put an end to such behavior.

“You will earn the respect of all if you begin by earning the respect of yourself. Don’t expect to encourage good deeds in people conscious of your own misdeeds.” – Gaius Musonius Rufus- Roman Stoic philosopher

Those two people are evil dirtbags.

While I do understand that sentiment, I believe that the issue is that they think this is how the political game is played. Rules are suggestions. And they apply to others.

I am not sure who they followed as they developed their political acumen, but rest assured, if they were on the other side of this activity, they would be screaming first and screaming loudest.

Johns Creek residents deserve transparency in all that goes on with THEIR tax dollars. And if there are individuals elected or in service of the City that cannot adhere to the rules(such as the City Charter) then they should accept that this is not the place for them.

This includes not only those employed by the City, but those that fill volunteer positions on behalf of the City.

And if Johns Creek residents cannot demand and get that sort of transparency, why would anyone expect that we can get it on a state or national level?

To put it another way, if we cannot achieve a better government, then no one can.