Johns Creek Comprehensive Plan Observations. The City of Johns Creek held a workshop intended to review the Comprehensive Land Use Plan (CLUP) and Transportation Master Plan (TMP) on Thursday, June 1st, 2017. The workshop began with an opportunity to review boards with information and depictions of several options under consideration for zoning, development, and redevelopment, then followed up with a presentation by the two consulting organizations with whom the city has contracted to lead and facilitate this work, and finally opened the floor to questions from the workshop attendees.

The Comprehensive Plan is still a work in process, and this final workshop was meant to provide residents with a preview of the materials prior to presentation to City Council on June 19th.

The importance of these plans and the direction they propose for Johns Creek over the next 20 years cannot be overstated. The plan that is ultimately approved by the City Council will dictate the character of our city beginning almost immediately upon adoption.

Those who attended the meeting will recognize the visual representations provided by the consultants, both on the boards that were set up throughout the meeting room, as well as from the Powerpoint presentation that was reviewed with attendees. It’s important to understand where the emphasis was placed as it is indicative of those proposals that are receiving the highest priority from the consultants. It’s equally important to understand that these same consultants were hired with a distinct objective in mind, and have certainly been given guidance from city staff with whom they work most closely.

I highlight these previous roles to bring to light the vast difference of community character between those locations, and the historic character of Johns Creek: the former represents high density, urban communities while Johns Creek has traditionally been suburban and residential. Keep that in mind as you review the recommendations that appear to be forthcoming in the Comprehensive Plan.

The majority of the boards and presentation material focused on mixed-use (read: high density, urbanization), and various “nodes”. The Transportation plan has closely aligned with the various T-SPLOST projects, and was heavily weighted toward road widening efforts (capacity), the development of inter-neighborhood travel options, and introducing a grid system for certain nodes (primarily around Technology Park, and the area formerly proposed to become “The District”). 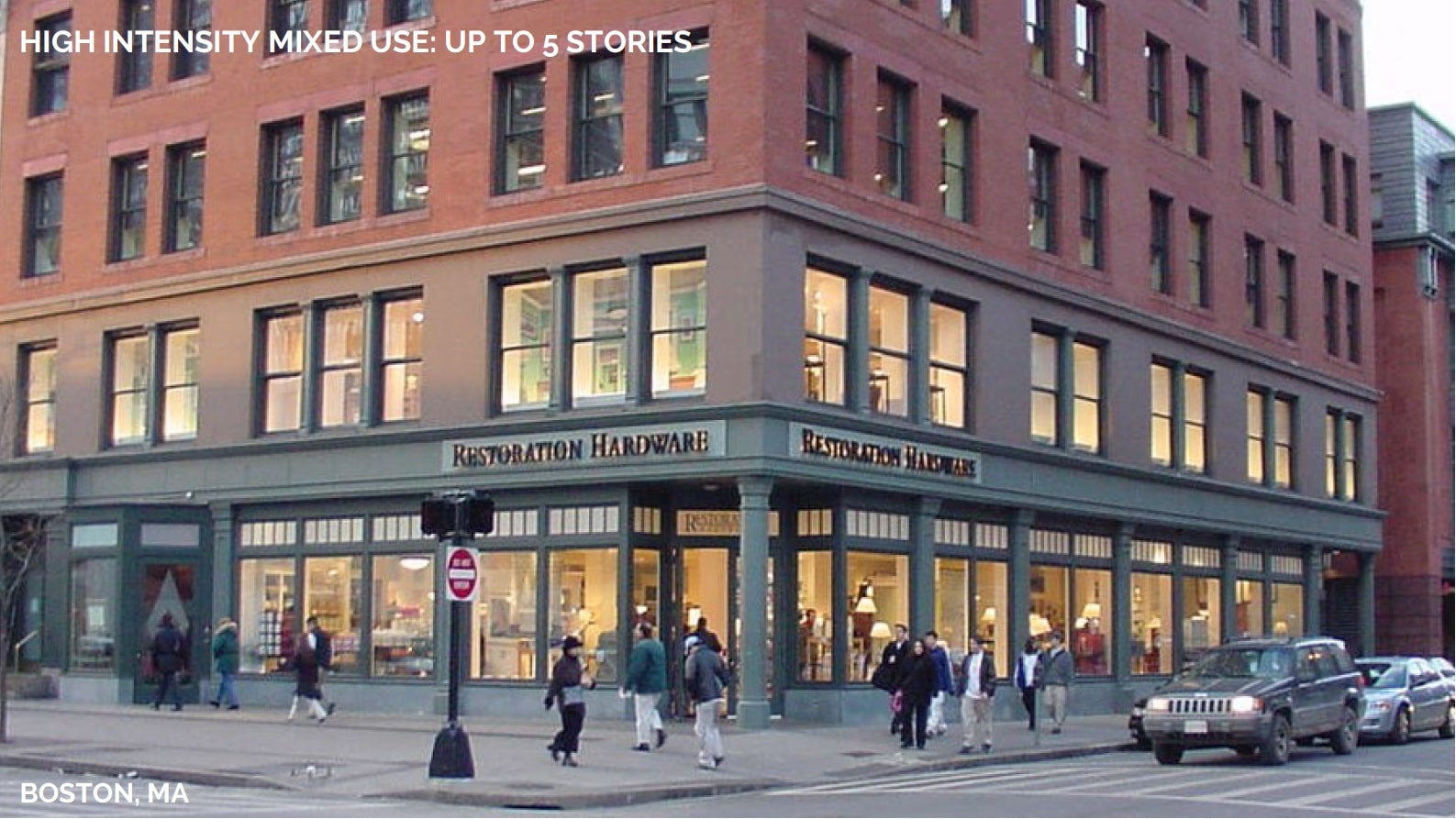 Some may recall that the Comprehensive Plan sought input through the distribution of an online survey available at the ConnectJohnsCreek.com website. Those who participated in the survey may also recall that the survey was structured such that it was clearly driving to a foregone conclusion: increased urbanization, higher density, and wider roads.

After some vocal feedback from residents who recognized that the survey was constructed with a lack of options that would support the opportunity to preserve the suburban residential character of the city, the survey was changed to provide the option of selecting “None” from among the presented high-density options. At no time did the survey present a set of options that would retain the current character of the city. The results of this survey were cited as representing the desires of residents, and as a key input to the Comprehensive Plan.

What can be concluded from this workshop? First and foremost, the Comprehensive Plan presents a vision of a very different Johns Creek than what we have today. Another conclusion is that proposals that have come up in the past, but were roundly opposed by residents, are back.

Attendees of the workshop likely experienced a strong case of déjà vu. The District was proposed as a new City Center, located within Technology Park, representing a city-funded redevelopment effort. That plan was roundly opposed by city residents. Well, it’s back. The city has already purchased a building for a consolidated City Hall in the area. A linear park is proposed in the Comprehensive Plan as well as a project funded by the Parks Bonds. A proposed redevelopment of the surrounding area effectively resurrects The District without calling it by name. 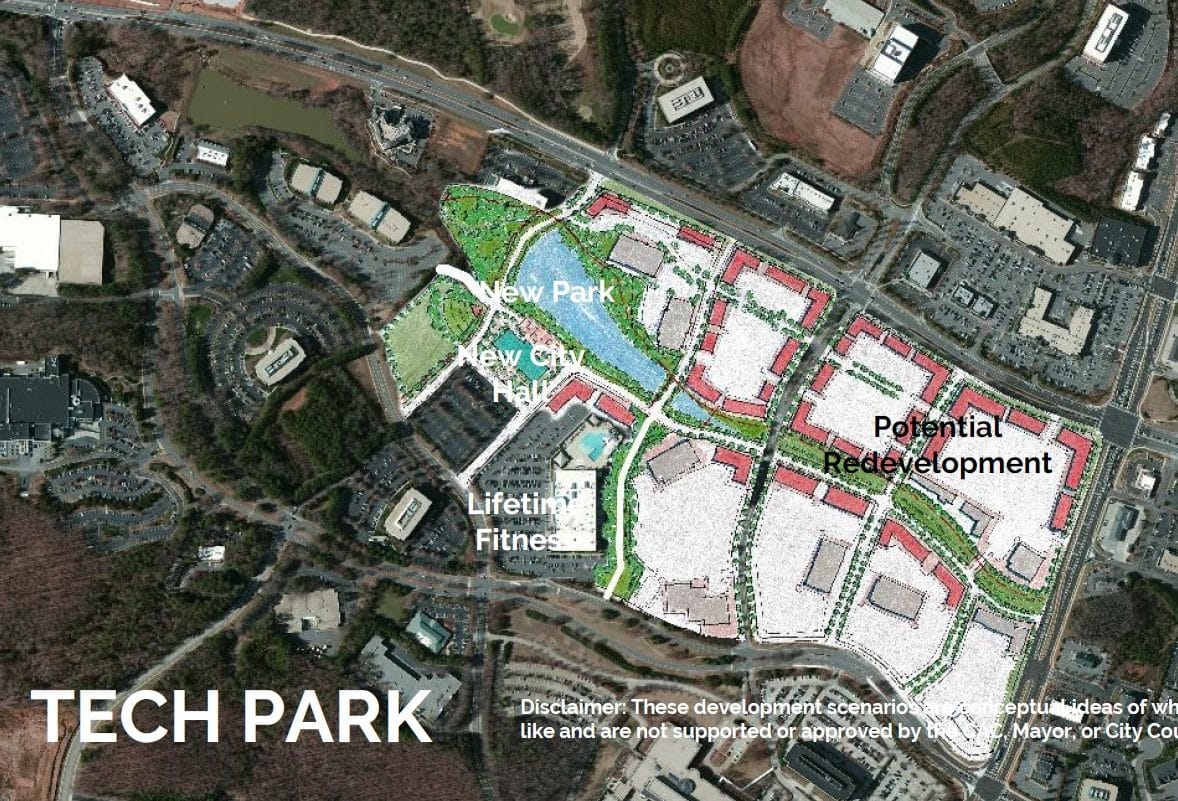 Mixed Use is prominently represented in the Comprehensive Plan materials. That means density and urbanization. Mixed use also means provision for retail. Anyone paying attention recognizes that the retail industry, at least in its brick-and-mortar form, is collapsing. Does Johns Creek really need more nail salons, dry cleaners, and empty storefronts?

The Transportation Master Plan includes many road widening projects throughout the city. For those residents who thought that their voices were heard when they appeared in great numbers to express their opposition, and who were told that road widening proposals would see full consideration in front of the City Council with an up-or-down vote, recognize that this plan is going to approve those plans without the promised hearing. These plans are targeted to increase capacity – meaning accommodating more traffic – but without any required coordination with adjacent jurisdictions. Consider that the recently held traffic planning session in Peachtree Corners immediately south of Johns Creek revealed no plans to widen State Road 141 through their city. That means that we are bypassing other less intrusive options in the rush to widen roads that will meet an immediate bottleneck at Peachtree Corners. To what effect does this proposal benefit Johns Creek residents, and what damage will be done to the residential character of our city through these routes? 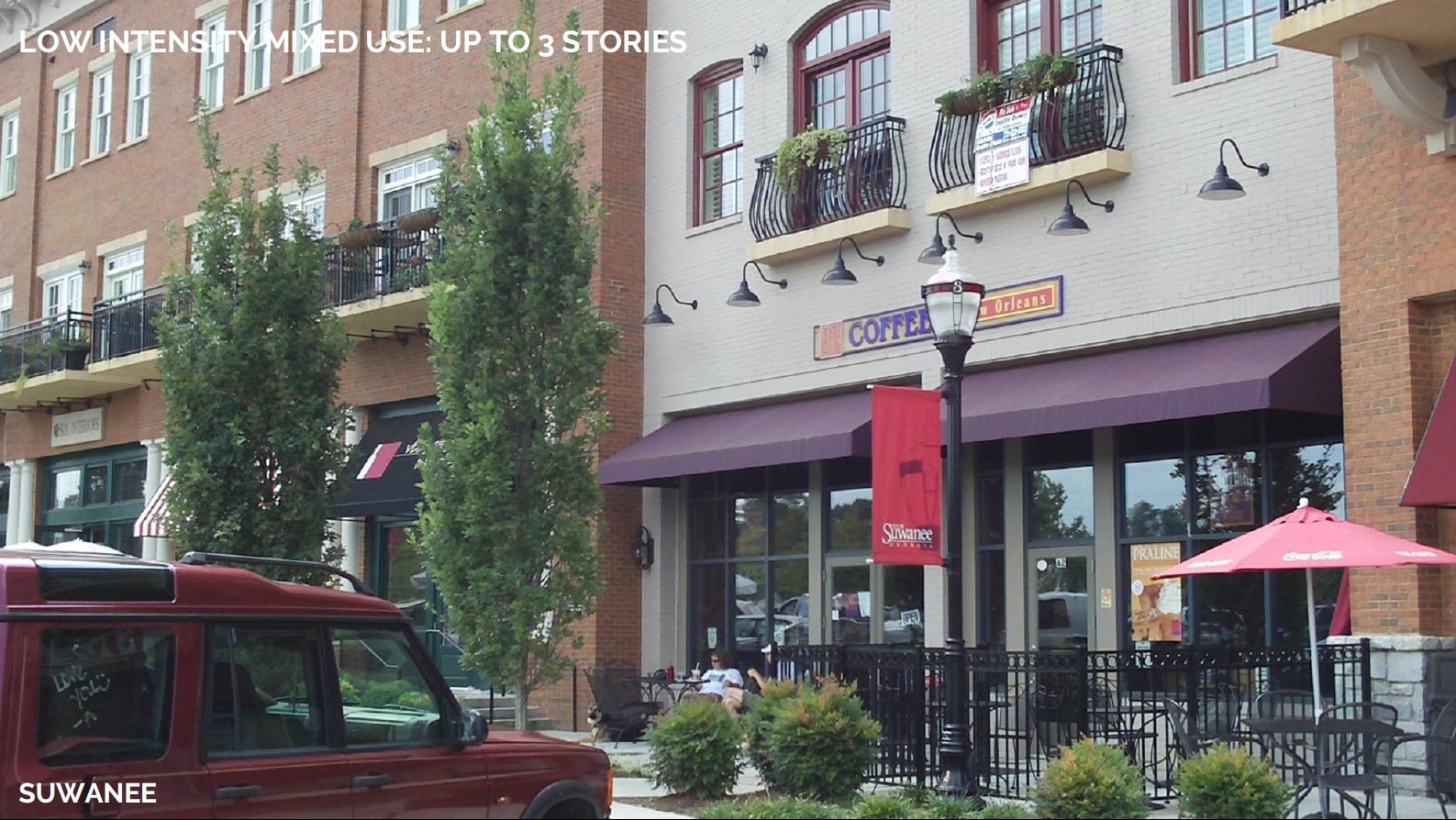 Make no mistake: the Comprehensive Plan is clearly advancing Johns Creek to a highly urbanized future marked by high density, increased traffic volume, and a drastically different character than what exists today. Nothing that was presented in the Comprehensive Plan spoke to retaining our residential character, or how we might improve our property values for existing residential properties.

I urge all interested parties to review the presentation material for yourselves and determine whether the plans as presented represent a future for Johns Creek that you personally desire for yourself and your family. We are at a critical juncture, with a vision for the city that does not seek to preserve Johns Creek, but instead, imposes a very different future. We need to decide whether that vision deserves our support, or whether we stand up and fight to preserve and improve the city we call home.

Review for yourself. The Comprehensive Plan presentation can be found at: