At least Every 15 minutes, one can anticipate Frequent Buses on 2 of the busiest roads. State Bridge Rd and Medlock Bridge Rd have both slated for road widening, through TSPLOST. MARTA is mentioned 21 times and is referred indirectly as the designated transit service provider.

Buses continually stop and go. Having an additional lane would take the burden off the through traffic lanes. This would allow for bus riders to disembark and enter the bus safely. Without cars stopping short for the Bus stops and swinging into the left lane to go around the bus. 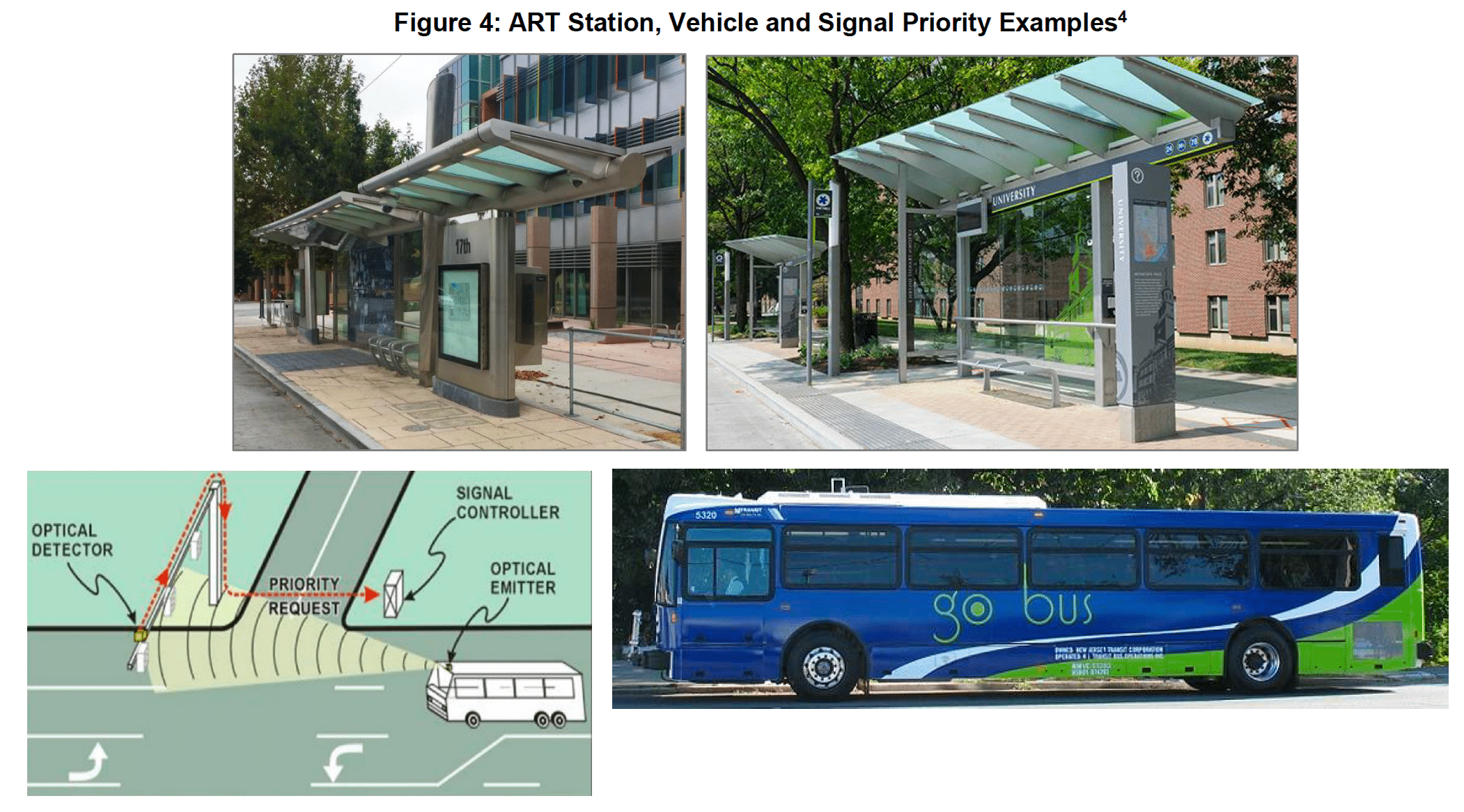 Buses to Have Priority At Intersections

The buses are to be equipped to communicate and control some Traffic Signals, to Give Priority at certain intersections. With the widening sought by the City of Johns Creek, this will be needed for the buses. The additional lane will be needed for Buses to maneuver around the cars to get ahead to the traffic light. 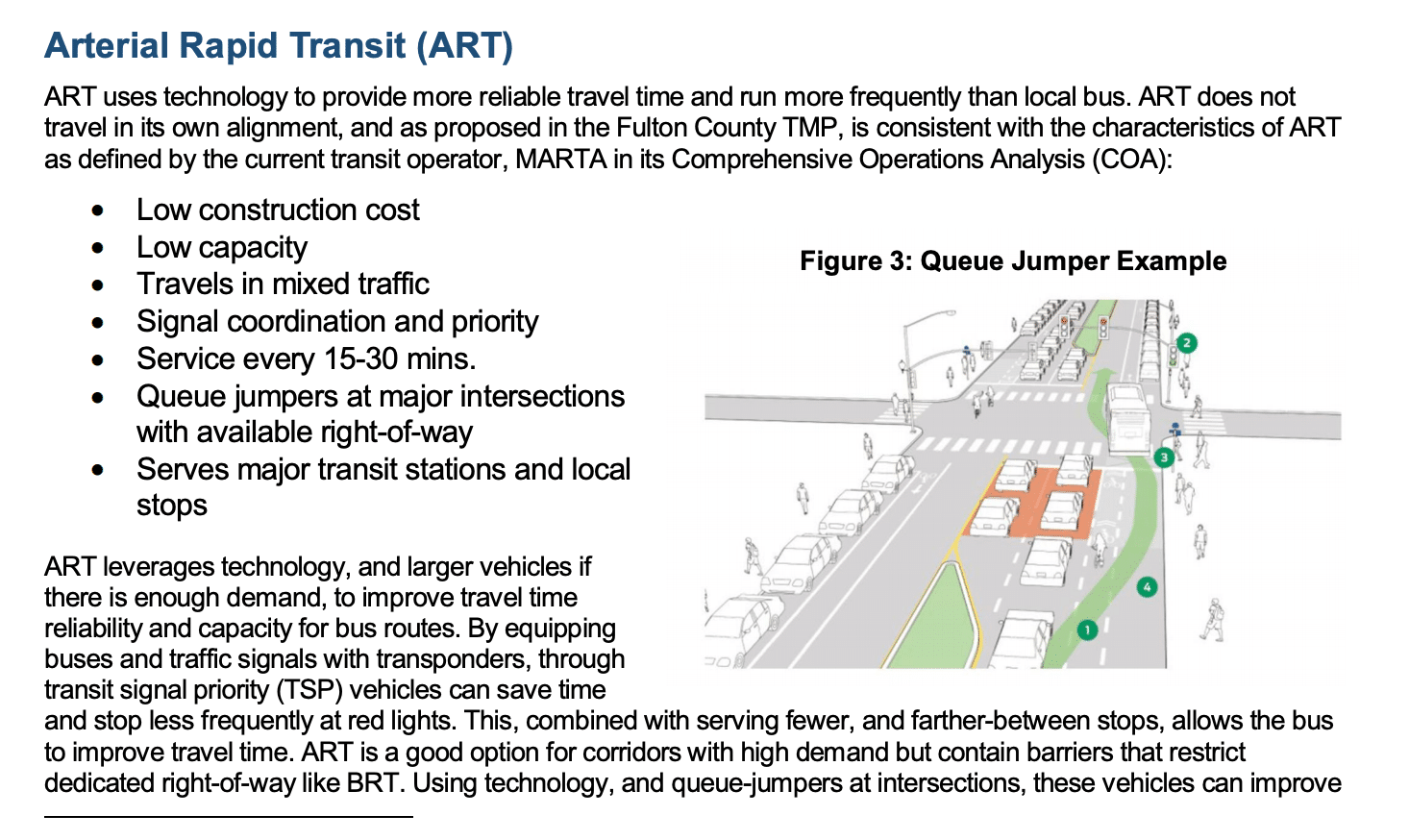 An astounding $58million capital costs are indicated for the 2 bus routes that are in Johns Creek. The annual operating costs are $7.3million. 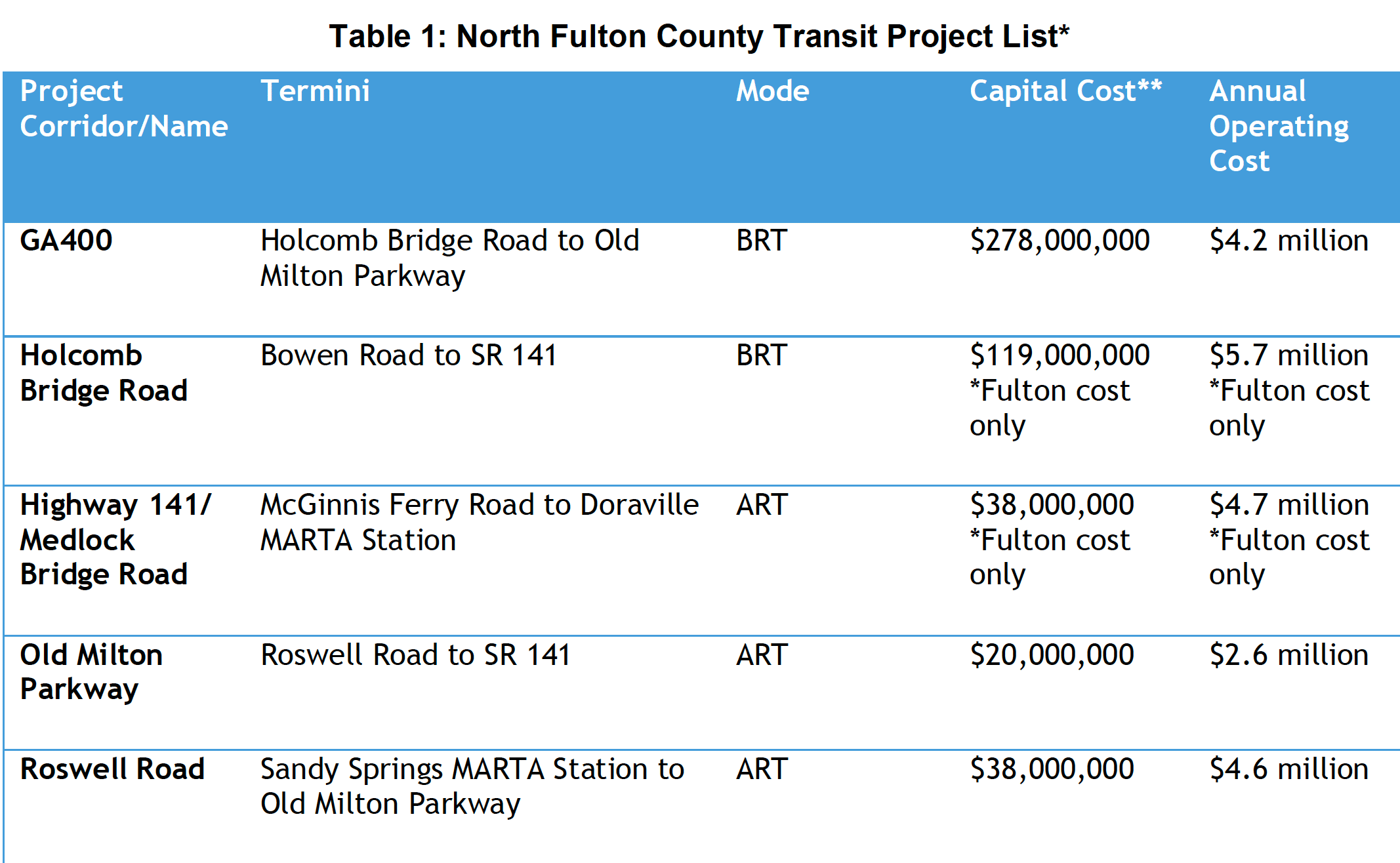 These goals mirror Mayor Bodker’s initiatives in recent years. In last years budget, he attempted to include the City to hire an Urban Designer for development of private property. This was for Medlock Bridge Rd & State Bridge Rd area, where the 2 proposed Bus routes transfer in Johns Creek would be.

Moreover, Mayor Bodker previously proposed a high-density development in Tech Park, where the 141 bus route destination. He hired Urban Design Associates, who designed Apartments Galore, that was opposed by residents. The high priced consultants were wined, dined and shuttle around in Limos, at taxpayers expense. The plans were quietly disbanded.

Alternatively, the City bought some of the private property in Tech Park. An office building was renovated into City Hall, at a premium price tag. The City also bought the retention ponds and surrounding trails for a “Linear Park”. Therefore, they are working with the EPA to backfill in part of it for a “Festival Field”.  The plan is to have a mixed-use development and downtown in the area.

There is some support for MARTA to come to Johns Creek. Area residents created the Johns Creek Wants MARTA facebook page.

The likelihood of current residents walking through and out of their subdivisions to a major road is slim. Secondly, then standing on Medlock Bridge Rd for 15 minutes waiting for a Bus is overly optimistic.

Plans extend elsewhere in the County. Below are the additional routes proposed for North Fulton. It is quite curious and strange, the BRT, up 400 ends at Old Milton Parkway. However, why doesn’t it go to the county line with Forsyth? 400 is a major Thruway with park-n-rides for commuters. This proposed route for Johns Creek already exists. However, it is certainly is bizarre that the bus line goes to the Forsyth County line in Johns Creek, and not in Alpharetta. 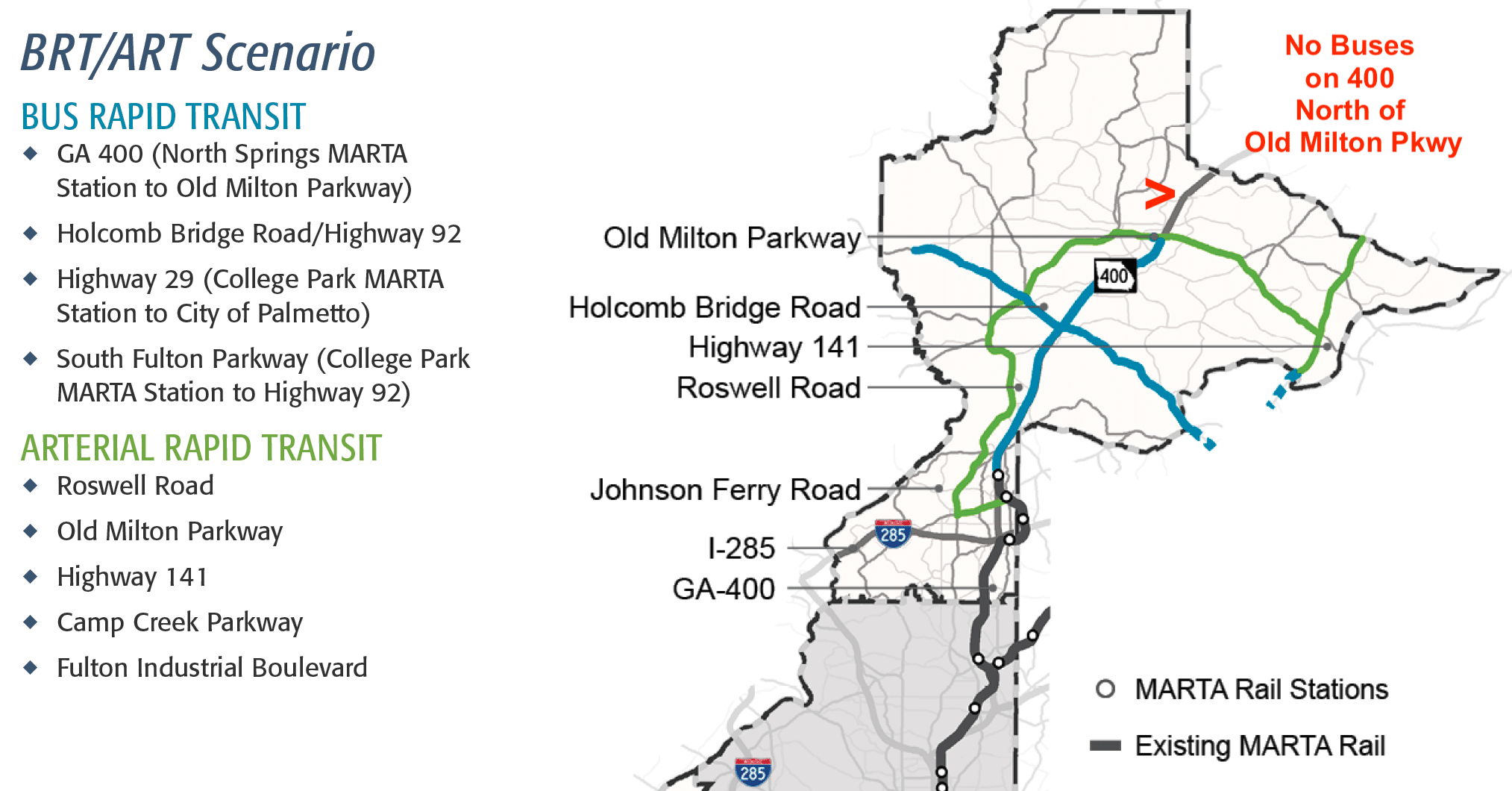 In sum, we sourced our information from the Fulton County Transit Master Plan Documents available on the Fulton County Website. Finally, Fulton County Board of Commissioners has been meeting with the Mayors and consultants. Several of these meetings have happened over the past 3 years.

In conclusion, the most recent Mayors meeting on May 3rd, 2019, it was discussed putting the tax increase on the 2020 ballot to fund these additional Mass Transit routes for Fulton County.

What are your thoughts on Widening: Mass Transit?

Appeal Of Dismissal Filed In Fulton...

“Black Churches Are Zooming In Jesus...

Time and Time again the JC residents do not want Marta or widening Medlock Bridge Road. Many parts of the major arterial roads like Peachtree Industrial, State Bridge, Peachtree Parkway are not 6 lane highways. We do not want Medlock Bridge turned into this type road. It will ruin our community appearance and quality of life. Why cannot our elect officials recognize this? Its all about greed and wanting to allow high density to make more money for developers. That’s it pure and simple.