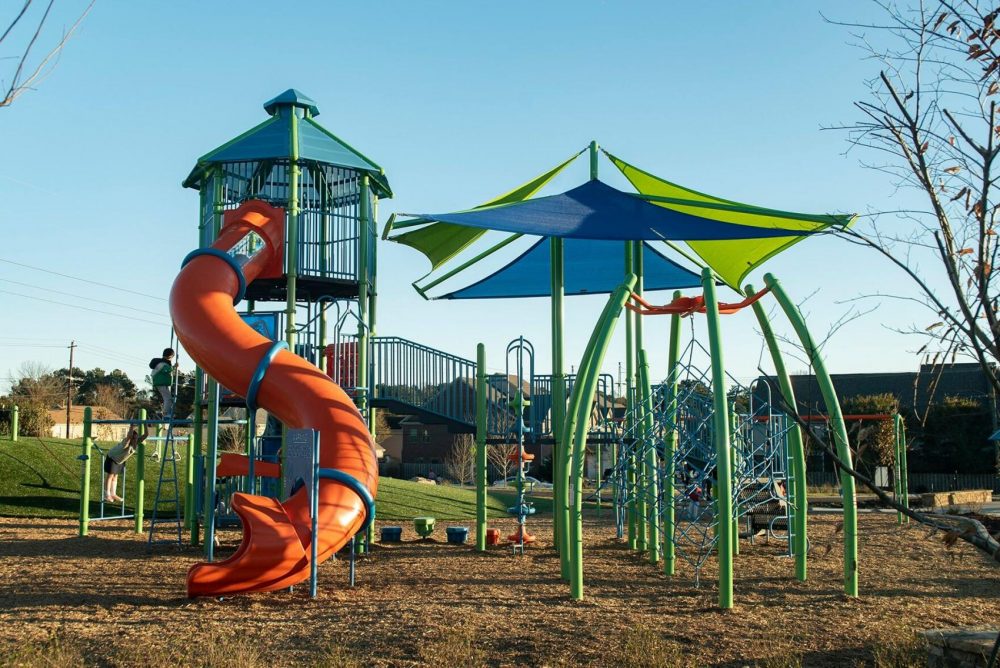 It was first on the City Council agenda in 2015. The City opted to pay an exorbitant amount for the undevelopable land. The park features a pavilion, picnic shelter, play structures, a multi-use path, a half basketball court. It is a scaled-down version of what was previously presented. 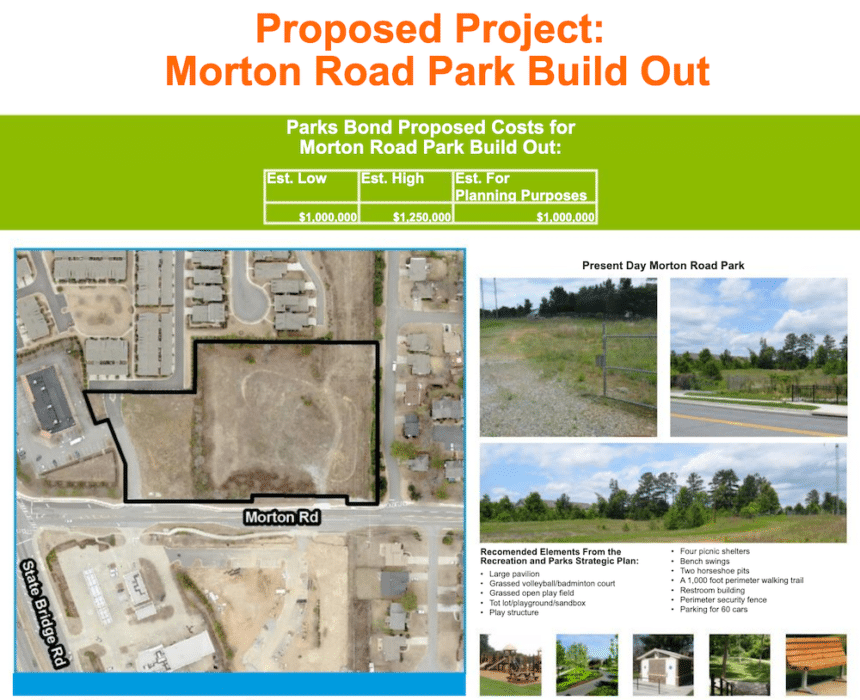 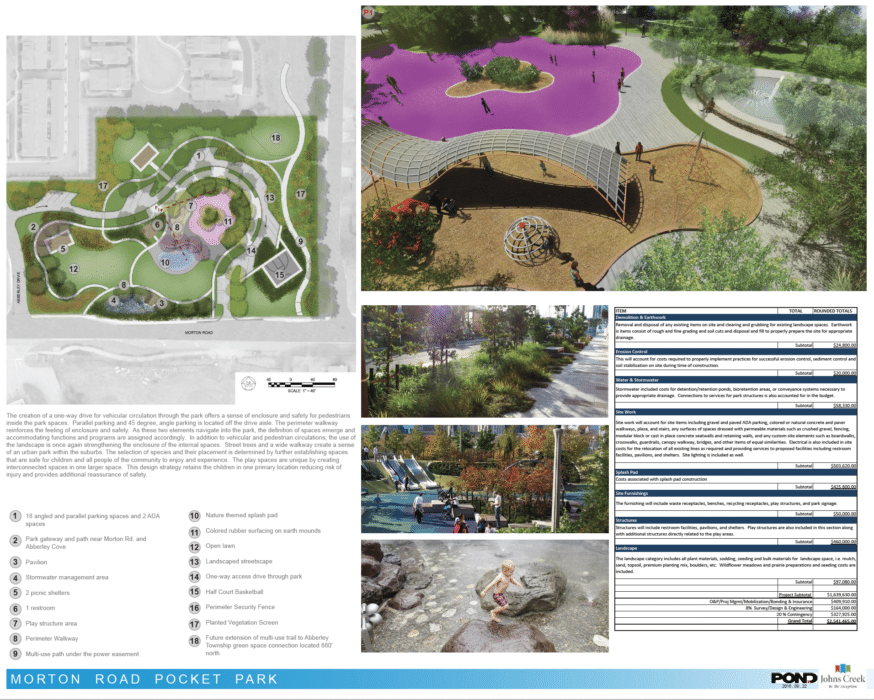 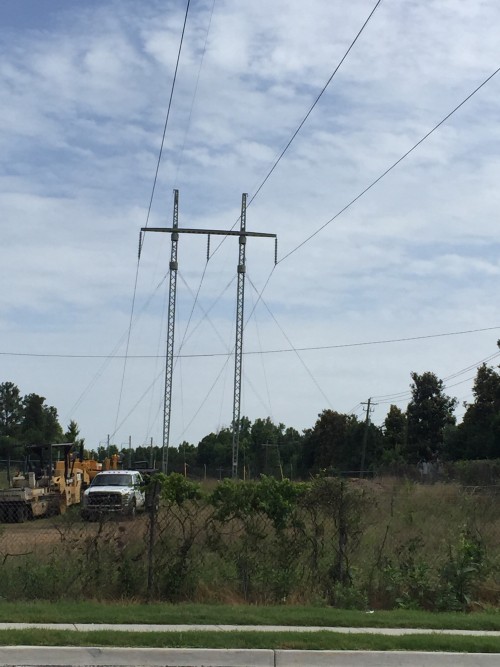 The City purchased the land purchase for park space in August 2015. Spending $640,000 for 4 acres on Morton Rd. Part of the land was owned by GA Power. The City had the option to lease the land for $1/year for 50 years but opted to own it outright, even though it was highly unlikely to ever be developed.

High Powered Transmission Lines traverse through the area. As Johns Creek grows, so does its power consumption and more lines could be added in the future.

We previously reported in 2019, questioning where are the Johns Creek parks the City promised. They have been collecting Park Bond Taxes from taxpayers since 2016 and buying land since 2015.

A few parks such as the State Bridge Pocket Park, Bell Road Pocket park, and Linear Park have been put on the backburner.  Cauley Creek Park is still "in development".  The City paid over $20 million for the land and former sewage processing plant, from Mayor Bodker's friend Mr. Green in 2015. In addition, the city bought "Quail Hollow" the adjacent land for approx $8million.