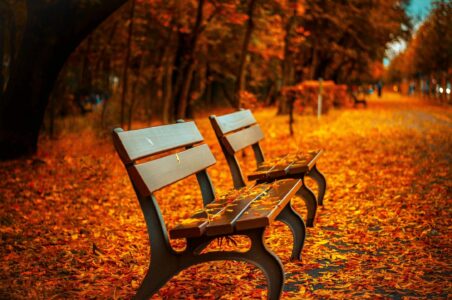 It has been a while since my last communication. During that time, the City of Johns Creek has made good progress on two of four key issues I campaigned on. Paving our neighborhood streets, and enhancing our park resources ?.
-
Just this past week, I attended an Open House hosted by the cities of Johns Creek and Duluth on possible designs for the restoration of Rogers Bridge across the Chattahoochee River in the Shakerag area.  I was pleased to hear that the National Park Service is also thinking about a similar restoration of Jones Bridge across the Chattahoochee River in the Newtown area.
-
On a third issue I campaigned on, which was improving fiscal practices, I still await the presentation of the 10-year financial plan to the community to show us that the city is making fiscally informed decisions with a view to longer term costs. Ensuring that the city is financially sustainable without a “fiscal cliff” ahead of us when expenditures exceed revenues.  I am hopeful that the presentation will not be delayed too much longer.
-
On my fourth key issue, which was greater engagement of our city council with our community. However, I remain disappointed and unsatisfied.  We, as a community, are still not participating sufficiently in our government. Unless we are upset about finally learning that our city has long been planning to widen major roadways near our homes to six-lane thruways.   I encourage everyone to get out and vote on April 18th, (early voting is going on now) to bring about a change in behavior by city council on this important issue.
-
The campaign reports for both City Council candidates are now available from the City Clerk’s office.  To date, Chris Coughlin has raised 86% of his money from Johns Creek residents in donations averaging $119 per person, whereas John Flores has raised 94% of his money from outside of Johns Creek in donations averaging $1,640 per person.
-
I voted for Chris Coughlin because he is the only candidate that has put in the effort to listen to the community and be knowledgeable about the issues. Chris has not sought to curry favor with any particular voting bloc on Johns Creek City Council. He will speak up to contribute to the discussion and vote independently for what is best for our community.  Chris will put in the much needed effort to engage with the community before votes are taken so that the community is no longer frustrated with learning after the fact about important decisions taken by council without actively soliciting community input and buy-in.
-
Please vote in the City Council and the Sixth Congressional District elections!
-
Sincerely,
Nancy Reinecke's Voter Update
SHARE
City Council     election     Elections     Johns Creek